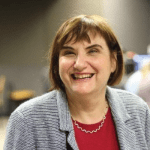 Dr. TENA PERIŠIN, Professor at the Department of Journalism and Media Production at the Faculty of Political Science, University of Zagreb. A longtime journalist of the Croatian Radio and Television (HRT). She conducted professional development programs at Harvard University and Syracuse University in the US and at the CNN. She was an editor at Radio Free Europe, working as a freelancer for the CNN and other media outlets. She led development projects including the project of digitization of the HRT news program and the launch of the HRT4 news channel. She is a founder and manager of Student Television, and of the first Journalism Research Laboratory in the region. She has won several awards for her journalistic work and the state award for the popularization of science. She is the author of numerous professional and scientific texts, as well as the book "Television News".

What does the audience want?

The audience expects better and higher quality media content. They want the media to describe the background of the