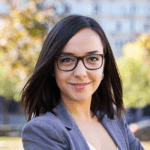 Climate change, abuse of green energy practices, as well as earnings of powerful investors from various projects that are