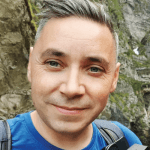 Dalibor Pokec is a contracted creative director at the Croatian public television (HRT), in charge of the visual layout of the HRT’s main news programme. This includes the creation of innovative designs, development of creative projects, along with management and cooperation between all aspects involved in production. He is involved in creating and producing visual elements for stories and programmes, and managing a team for VizRT system-based augmented reality real-time 3d live television graphics. Dalibor has been working in broadcast media for the last 16 years. Since then, he has worked on various projects, such as the Olympics, The Voice, and others, as video editor, camera operator, promo producer, graphics editor-in-chief, 3d designer and motion designer. He is also a certified mobile journalism trainer, freelance videographer, and musician.

How data visualisation helps in fighting the disinformation about Covid-19: Find examples of good practices