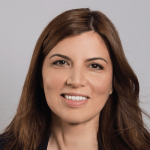 Imagine a situation in which, as a journalist, you received another in a series of official reports of a