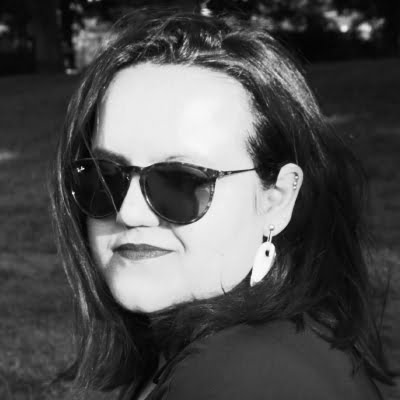 On February 4, the Durres Water Supply and Sewerage Company (Durres WSSC) was conducting repairs of a command node in the proximity of the Prefecture of Durres where a few ruins have been discovered. According to archeologists, the latter at least belong to the Late Antiquity Period, fifth century AD, and may as well date as far as the prehistory of the city of Durres. However, journalists found out that, even though the National Council of Cultural and Material Heritage asked the Durres WSSC to secure the site and findings “in situ”, the archeological findings were covered with debris.

This is not unusual for Durres, a city which spreads along the Adriatic coastline, in the western part of Albania. Durres’s soil is rich in archeological remains that testify about the city’s Illyrian origins. Due to its favorable geographical position and the fact that Albania’s largest port is situated in the city, Durres has been subject to numerous constructions which have degraded its cultural heritage. The fight for the safeguard of Durres’ cultural heritage is carried out by archaeologists, civil society organizations, citizens, and the media.

National media continuously reports on developments in Durres, and one local media outlet, www.amfora.al, has been engaged in this fight for the past four years.

Amfora was established in 2017, by a then recent graduate in journalism. It is a part of the Amfora Media Group, which comprises www.amfora.al, Amfora Production - a video production company, and Durres Press, a local online news portal.

Amfora.al, is an online portal that focuses on investigative reporting on the abuse of archeology and cultural monuments in Albania, as well as on the promotion of the country’s cultural heritage. Until May 2020, it existed as a project of the Amfora Group, and its content was funded by (i) the work done through Amfora Production, and (ii) volunteers and activists.

Media Amfora was initially established as a blog at a critical moment for the city of Durres, says Geri Emiri, its founder, because during the works for the implementation of the project for the construction of the new square "Veliera", archeological objects were discovered and damaged. It is the first and only online platform of its kind, with a clear mission of preserving and promoting archaeological discoveries and cultural heritage.

As of May 2020, www.amfora.al is legally registered as an entity, which puts a strain on its owner and staff to turn it into a profit-making one. The main question that arises is how it can be done?

This question becomes even more burdensome when considering that the editorial team considers editorial independence as the founding element of their work and, therefore, does not accept advertising of the majority of local businesses, and state institutions.

The Media for All - tailored development

The staff of www.amfora.al joined the Media for All Programme with the aim of learning how to monetize its content and therefore ensure sustainability of the portal. Throughout the programme, they were introduced to new concepts, opportunities, and methods on how to increase monetization, structure their offer, and get to know their audiences better.

Geri states that being part of the Media for All program helped them establish financial stability for their editorial staff in reporting on topics of public interest and audience’s suggestions. Furthermore, Amfora is stronger as they have access to new technology through the support of the project, as well as support for better quality content.

The staff of www.amfora.al drew a series of lessons from its experience as part of the Media for All Programme, which might come in handy to other local online news portals in the region as they strive to monetize their content, while keeping their editorial independence untouched.

Here are some of the most important ones:

Identification of audience / customers and stakeholders

Identification of audience, customers and stakeholders is the first step on the journey of formalization and monetization. Amfora prepared an exhaustive list of all potential audiences, customers, and mapped them (who they are, where they are, what are their interests, how they can be reached, what is their purchasing power). Also, they analyzed their existing and future relationships with them. The identified audiences, customers and stakeholders identified are the following:

Local media caters to local audiences; thus, the use of national languages is of the utmost importance. Nevertheless, if the audience-outreach goes beyond the local and national level, the availability of the content in English, a widely-used language, represents an asset. As a first step, Amfora translated their main website’s frame, and, in the future will publish the content in English as well so as to attract foreign readers and stakeholders.

Until recently, Amfora’s services included the provision of news (text, photographs and videos), through reportages, featured content, interviews and investigations. The topics covered were predominantly related to archaeology and cultural heritage.

In order to enrich their offer, Amfora decided to introduce another two services: short video production and podcasts. The 60 seconds-long videos are to be produced in both Albanian and English, and will serve as a platform to promote archeological and cultural heritage sites, whilst the podcast sessions are envisioned in a manner to drive discussion on important socio-cultural issues.

Until 2020, the media outlet’s activities were funded via its sister company Amfora Production. To ensure the generation of income, the media has identified the following monetization techniques to follow:

Amfora will engage in the strengthening of the regional and international partnerships which may serve its mission. Such partnerships are not only important in terms of the funding opportunities, but are also relevant for advocacy, promotion and acquiring the know-how about the ways to enhance the quality of the reporting.

Engaging with civil society organizations (CSOs) and academia, whose work is focused on cultural heritage, is the next step. In this regard Amfora’s role is to serve as a media partner for promotion of their actions and projects. In such a manner, the CSOs are provided with high-quality reporting on their activities, whilst the local medias’ visibility is increased on the local and national level. Hereby, it is important to point out that the diversification of the portfolio is important for safeguarding the editorial independence and brand strengthening.

Have your staff write for national outlets

New media outlets, with limited resources, can have their staff write commissioned articles for national media. This practice is also applied at Amfora.al. Since it is a relatively new entity, which still needs to work on enhancing its reporting credibility - having a staff that writes for national outlets is considered an advantage both in terms of commissions and reputation building, especially when reporting on archeology and cultural heritage.

Although this sort of engagement serves short-term goals, it also affects the amount of content produced at Amfora. Thus, it should not be observed as a long-term practice, as Amfora’s editor in chief states.

For local media, the main challenge remains the implementation of plans while staff and management deal with the cacophony of everyday life. How can plans be translated into everyday actions?

At Amfora they tackle these challenges by starting small by establishing SMART (specific, measurable, achievable, relevant and time-bound) goals, which contribute to their vision. Moreover, they tend to identify what drives each journalist and staff member and assign them the tasks that they are fond of and good at.

They believe that it is important to reach out to local partners, who might provide certain resources (e.g., local archives can provide archival materials for newly established local media) as well as to invest in technology (although it requires considerable funding) so as to provide high-quality content. Bearing in mind the aforementioned, an ideal solution for the local media outlets may be mobile journalism as a way to generate content: text, photo, video and audio.

The latter may be done if you:

The role of local media in safeguarding public interest is undeniable, and local media can become stronger by using a series of measures and reaching out to other actors in its local environment.

Amfora is working towards establishing monetization practices that ensure their financial independence, and respect editorial independence. The experience of Amfora.al shows that, although they have an important mission of protecting cultural heritage, local media should seek partnerships with national, regional and international organisations, follow modern monetization techniques, and address challenges by starting small with a clear goal in mind, and invest in technology and its people.

Journalift
Albanian diaspora is keen to follow and support Albanian-based media. Support is based upon the content quality and proven

The importance and beauty of storytelling in the news

Natasa Kovacev
Every reporter is a storyteller. Sometimes, when we are preoccupied with work, we tend to forget that fact. Especially