Amfora Media, innovative ways to get the audience engaged 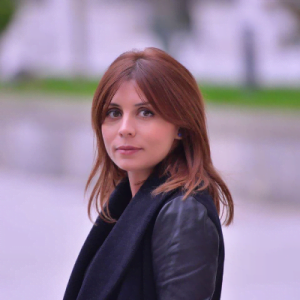 When Geri Emiri was studying journalism back in 2016, he really wanted to get engaged in reporting on cultural and social issues for big media outlets. He never imagined that a few years later he would initiate a new online outlet focused on cultural and archaeological reporting and that he would be successful in attracting the audiences interested in these topics.

Yet, the form of reporting was a longer one, mostly written, and he was wondering what can be more interesting for the public in terms of storytelling forms or content.

As founder of Amfora Media, he was given the opportunity to get trained and worked closely with journalists from the Balkans and beyond by the UK-funded project, Media for All. His colleagues from the newsroom were offered this opportunity as well.

While business-wise he was working on increasing financial sustainability, he also wanted reporting to be more interesting and appealing to the public and reach a wider audience.

Geri and his colleagues started working on storytelling techniques for their recently produced podcast series and short videos on culture, in consultation with two experienced Albanian trainers. He also worked on podcasting with international trainers who advised him specifically on how to make the podcasts more attractive.

To reach a wider audience, Amfora media also focused on promotion of the videos and podcasts before broadcasting, informing and inviting the public to follow in various platforms. A well-prepared and well-packed social media communication plan is really of help in this regard.

Results were visible: the number of visitors of the media site increased by 76% in 2021 compared to the same period last year.

From the reviews and clicks on the media page and on social networks, short videos reached 110,349 persons. On the other hand, the podcast series were followed by 332 listeners.

“Through mentoring for the ‘Voice of Culture’ podcasts we identified new channels for distribution. Also, we improved the techniques for video recording and editing during the making of the video series ‘Culture in 1 minute.’ Basically, we have found solutions to the challenges we have had through mentoring,” Geri admits.

But again, how to make this new media sustainable? He was given the opportunity to be mentored on business development and specifically on monetization of local media and was advised on raising advertisements from businesses, donations and media services (specialized studio for creating videos and podcasts).

Geri did not hesitate to try new business ideas such as reaching wider audiences and increasing financial sustainability by improving technical capacities and quality of content.

But as a new local media, it faced several challenges. First of all, lack of staff and technical equipment of high quality. Media for All project was there to support him and the small team in this regard.

“Through this project we have increased our human and technical capacity. We already have more employees and use high quality technology for video and audio recordings,” he emphasized.

The technical and know-how support resulted in producing better stories, but now he was facing another challenge. How to raise the public's interest on the topic he was working on.

“Audience engagement was our next challenge and we tried to address it through inviting the public to participate in our surveys or inviting them to express opinions or comments on our work. Also, by inviting them to the events we organized with a focus on cultural and historical heritage of the city,” Geri said.

This series focuses on presenting events, characters and archaeological sites for the Durres region. The videos are based on verified historical sources and the experts speak according to the certain knowledge they have about each topic.

Audience engagement for the “Culture in 1 Minute” video series has been growing episode by episode. They engage on the Amfora Media website (www.amfora.al) and on social media channels.

On the other side, in the series of podcasts “Voice of Culture”, reporting is focused on specific topics related to socio-cultural and economic issues. They aim to involve specific groups, to address issues that the media does not give the necessary attention. Again, getting to know this groups/communities’ interest helped young reporters such as Geri and Livia to identify the most important issues or topics for their podcasts.

Geri is convinced that this is just the beginning. If you have the will to serve the public with quality information, you will find the way to do it. Amfora is the only outlet in Albania reporting extensively on archaeology and cultural heritage. Through video series it brings historical information about the Durres region in Albanian and English.

Klodiana Kapo leads the organization “Faktoje” which provides fact-finding services since 2019. She assumed this position after three years of experience as Public Relations and Communication Manager at the international children’s organization World Vision, where she was recently awarded the “Global Brand Award” by the global office. Mrs. Kapo comes to “Faktoje” after a 16-year career in the most popular media outlets in the country where she has reported mainly on social issues and more specifically on the education system, health, youth development, etc. During her career, Mrs. Kapo has worked as a journalist at Top Channel (where she counts dozens of documentaries and personal stories), has had her weekly column in the newspaper “Shqip”, and has worked as editor-in-chief at the Albanian Public Television. Klodiana also counts a series of successful awareness campaigns for local and international non-governmental organizations and is a co-author of two books.
More articles by the same author

Journalift
Embroidery of traditional motifs and production of refined filigree works are both labour-intensive and rewarding. In Shkodra, a city

Davor Marko
Running a media organisation in the Western Balkans (WB) is far from easy. A region beset by instability, corruption

Journalift
Albanian diaspora is keen to follow and support Albanian-based media. Support is based upon the content quality and proven 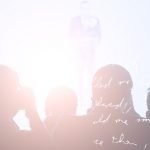 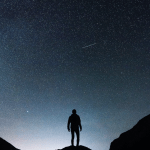 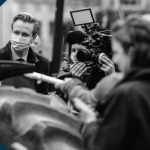