The regional broadcaster from the southern town of Strumica managed to foster interactivity and to raise audience and income through citizen journalism. Namely, the aim of TV VIS’s project was to create a new approach in the existing relation between the outlet and the public. With the help of the Media for All project they created a plug in/separate subpage on their portal enabling easier two-way communication.

“This tool enables citizens at any time to send pictures, information, stories and to point out ideas and suggestions how to solve them,” Meri Jancheva, project manager at TV VIS, said adding that they’ve “noticed much more engagement from the audience as a result of the tool. Since it provides easier access to our media, that is the main purpose of our project. Also, we receive objective and fast information from every part of the southeast region.”

And the numbers show exactly that. Before the project implementation there were around 40.000 visits per month on their webpage and in December last year that number was around 64.000. From TV VIS points out that their mission is for citizens not to be only passive observers, but to be actively involved in informing and solving the problems that are in their interest.

“In that way, they will have a responsibility to build and strengthen civic culture,” said from TV VIS.

The outlet has been broadcasting in the southeastern region, on the border with Greece and Bulgaria, for more than 20 years, initially as a local station, and in the last 10 years as a regional broadcaster.

Regarding the Media for All project Jancheva points out that the training, capacity building interventions, and mentorship helped them to acquire new knowledge and experience from the media sphere.

“Valuable input for the successful implementation of the project came from our mentor. Thanks to the regular communication, combined with their experience, guidance, and ideas, the project is successfully implemented,” Jancheva said.

TV VIS is one of the 11 outlets from North Macedonia that are part of the Media for All project which is funded by the UK Government and implemented by the British Council, Thomson Foundation, BIRN and INTRAC in all Western Balkans countries.

Journalift
TV Korça and Radio Korça, local branches of the public service media in Albania, have very important functions and

Six reasons why we should not ignore mobile journalism

Aleksandar Manasiev
What does every journalist in the region of Western Balkans have? Hard question, right? It is easier to answer

Journalift
Portal Udar, a beneficiary of the Media for All project, introduced a series of podcasts on burning human rights 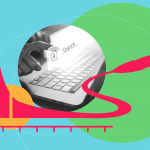 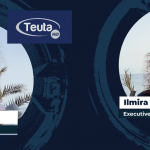 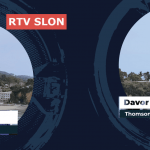 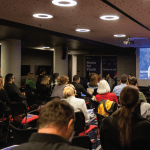