Vladimira Dorčova Valtner is the winner of the Person of the Year Award in 2021 for an outstanding contribution to the development and promotion of ethical journalism, freedom of expression and especially information in the languages ​​of national minorities.

After a successful journalistic and editorial career in her home town of Maglić, Vladimira, whose mother tongue is Slovak, founded the Storyteller, a portal published in Slovak and Serbian. She is also working as a social media manager for the Independent Association of Journalists of Vojvodina (Nezavisno društvo novinara Vojvodine - NDNV), and is very active in a project supported by the Media for All project on behalf of her association, and the Vojvodina Research Centre – VOICE.

We spoke with Vladimira for Journalift before the New Year holidays:

As part of the support of the Media for All project, the Independent Association of Journalists of Vojvodina developed the newsletter as a way of regular two-way communication with its community. The first edition of the newsletter was published in the second half of July, and over a hundred subscribers regularly opened this new product and read its contents.

In addition to the continuously high number of engaged visitors and visits to the VOICE website, there was a slight increase in the number of Facebook users - 6%, and Twitter - 7.5%, while new profiles were created on LinkedIn and Instagram.

As part of the support, VOICE has improved its website, and the community is continuously offered information packed in various formats that are easy to consume, such as short videos, editorial comments, infographics, etc.

In the coming period, VOICE plans to launch a premium edition of the newsletter for which content will be paid.

Bosnia and Herzegovina, Radio ZOS: Pillar of the local community 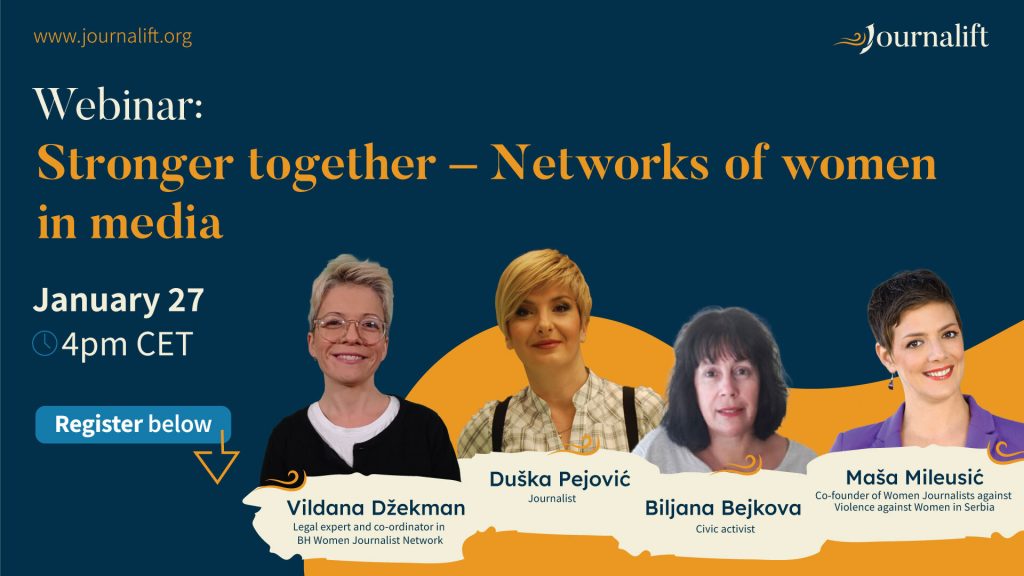 Journalift
Women journalists, who are majority of the workforce in media across the Western Balkan countries, are especially exposed to gender-based violence due to the public nature of their work in general, and because of their gender identity in particular.While many international and domestic specialists and organizations addressthe topic, only two professional networks in WB6 countries tackle it. A Network of Women Journalists

Slađana Lučić
Imagine a situation in which, as a journalist, you received another in a series of official reports of a

Women journalists, who are majority of the workforce in

Belgrade based niche outlet Nova Ekonomija is broadening its 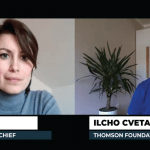 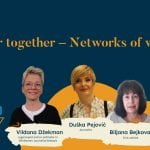 Trending in Media
Free webinar: Stronger together – Networks of women in media
Jan 25
Women journalists, who are majority of the workforce in media across the Western Balkan countries, are especially exposed to gender-based violence 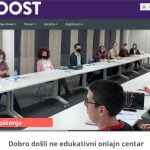 Trending in Media
Serbia, Nova Ekonomija: Transfer of accumulated knowledge through online courses
Jan 24
Belgrade based niche outlet Nova Ekonomija is broadening its portfolio by expanding its work in the sphere of online education. 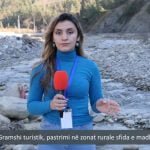 Trending in Media
Albania, Info Elbasani: Special focus on environmental journalism
Jan 19
Several burning ecological problems from the region of Elbasan were resolved thanks to the proactive reporting from the local online