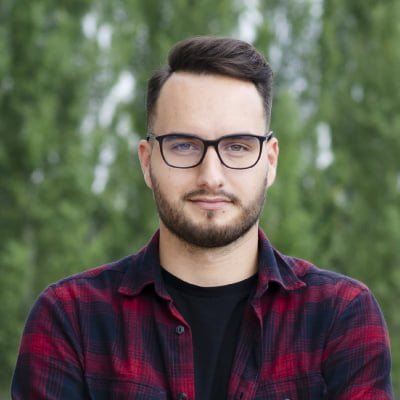 Digital media in Albania is insufficiently using data in management and creation of editorial strategies. The greater use and monitoring of content performance data would significantly change the focus of reporting of these media, which should contribute to the growth of traffic, engagement and loyalty of their readers.

This is result of the research conducted by Smartocto, Europe's leading software creator for analysis of online media audience behaviour, using three online media in Albania as a sample – Durreslajm from Durres, Citizen channel from Tirana and Sarandaweb from Saranda.

The research, conducted as part of the Media for All project, included data from three online media outlets in Albania, which were collected over a four-month period, from early May to late August 2021.

Smartocto insights analytical service has been provided to the media, a special online course has been created, as well as training on how to use the system and adjust the reporting system, including consulting, primarily aimed at understanding and using data on the consumption of online content.

Research methodology is based on the analysis of sections, the number of published texts, the number of engaged and loyal readers, and other key metrics used to evaluate the success of a digital media. Research sample consisted of a total of 11,300 articles, which had 785,000 readings.

The following are the most important findings:

Many sections are not profitable

A sufficient number of readers in this sense means that the texts published in one section are equal to or bigger than the share of readers of the entire site, who access these contents.

Political texts are not something that gains the attention of local media readers, although the media publish a significant number of such texts.

Other, far more successful sections, according to our research, have smaller numbers of texts than the demand for them indicates.

A real example of this trend is the crime news sections. On average, only 2.87 percent of texts are published in these sections, while more than 7.60 percent of readers access these texts. A different, in-depth approach to reporting on these topics could significantly contribute to the growth of the number of readers.

The situation is similar with local topics. Although those are local media, only 10.70 percent of the published texts were in the sections with local news, while 13.65 percent of the readers accessed these texts.

It would be expected for the local topics to dominate the local media, but in one of the three observed media, twice as many articles were published in the section with news from around the world than in the section reporting exclusively about local events.

It is clear that there could be more local texts, and that there is a greater demand for such texts.

Loyal readers are where the biggest demand is

A loyal audience, which we define as readers who have a habit of visiting certain media and at the same time are highly engaged when reading the content, concentrates on the texts published in the sections that are most in-demand.

Loyal readers pay special attention to the content about:

Also, these readers follow topics that may surprise at first sight, and those are texts that concern topics from the world, but also culture.

Unlike loyal readers, the large part of engaged readers access content related to local topics. We consider engaged readers to be those who spend extra time reading texts, reading content more deeply, and opening more pages in one session than the average reader. Their commitment to local topics is expected, given that they are local media, but it is surprising that such content is not the most common.

In addition to local topics, above-average engaged readers consume a large number of contents related to politics, crime, culture, as well as social topics. It also suits the choice of loyal readers.

The media have a chance to increase the loyalty and engagement of the column, if they dedicate themselves to the creation of a larger number of media contents related to the mentioned topic.

Number of published articles varies from month to month

Our research also shows that the media do not have a constant number of readers. It varies from month to month, and the reason for that can be found in the big jumps and falls in the number of newly published articles. Therefore, no growth can be observed in the observed period.

Let’s examine one of the portals that participated in the research, which is the largest in terms of both the number of readers and the number of published texts.

Most readers only occasionally follow the work of the media

The data show that the average number of viewed pages per month and per reader is only 3.5, which would mean that one visitor opens about 42 articles a year.

That is why monitoring the behaviour of loyal readers, which is usually less than five percent per media, is extremely important for traffic growth.

Our previous research has shown that, on average, only 3.8 percent of readers are classified as loyal. Those visitors read up to five times more content than occasional readers.

The analysed media differ significantly in their editorial policy, i.e. in the choice of topics they report on.

For example, the largest of the observed media, Durreslajm, mostly dealt with political topics and crime related topics, while they are in third place in terms of local news coverage.

It is precisely the political section for which the focus of readers is not targeted effectively, while the other two have satisfactory efficiency.

The second largest observed site, Saranda Web, is focused on more current events and most texts, as well as the greatest demand from readers, gains from the News section.

On the other hand, the section in which advertisements and jobs are published have many new announcements, but they do not have the attention of the audience, which is the case with local news as well. Local news on this site is not nearly as in demand as it is on the Durreslajm site.

Working with the media

Several months of intensive work with Albanian media on data use education have revealed that the media are willing to accept sophisticated ways of analysing content performance and to include the data in the editorial decision-making process more.

The media often have only editors and journalists, who have to master other skills on their own, such as managing social networks.

Prior to using Smartocto Insights, media did not have the opportunity to use analytical tools exclusively intended for online media newsrooms. They have used free solutions that are characterized as general analytics and which are not designed to serve the needs of newsrooms.

Miloš Stanić is a former award-winning journalist. He is interested in new technologies, and he has been working for several years at the crossroads of journalism and technology, in the technology startup Smartocto, where he’s engaged with strategy and work with clients. Before joining Smartocto, Europe’s leading producer of analytical tools for digital media, Miloš was a journalist for “Blic” for several years. During his journalistic career, he collaborated with the Vojvodina Research and Analytical Center of the Independent Association of Journalists of Vojvodina, and worked on KRIK and BIRN projects. He has participated in the Balkans Fellowship for Journalistic Excellence, and was awarded the European Union Prize for Investigative Reporting in Serbia, awarded in 2019, for the text created during the fellowship program.
More articles by the same author

The importance of digital tools for audience targeting: The case of Albanian media

Erjon Curraj
The most essential component of any marketing campaign, being traditional or digital, is of course the audience. First, because

The power of longtail content: How Balkan media outlets are benefiting from it

Aleksandra Radivojevic
In a saturated media market, media outlets need to compete for ever scattered audience attention. In their daily operations,

Overview of the most popular media business models

Vladimir Trkulja
Over the last decade, digital technologies have transformed much of the media industry. Advances in technology have forced media

Local media, the backbone of professional and independent journalism