Media independence in local media: a mission impossible or a challenge that can be overcome? 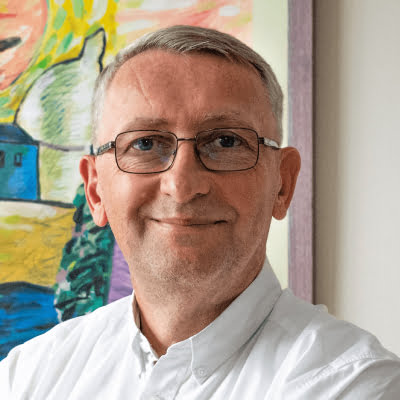 Even at a time when there were not as many challenges as those that media face today, it was not easy to secure funding for the normal functioning of local media. By that, I mean really independent local media that did not make compromises on whether something should be published or not, simply because publishing some information might be stepping on someone’s toes.

Honestly speaking, there have never been too many of them, but there used to be more in the past than today.

A short trip into the past

Back in the golden age, most of media businesses were financed by selling newspapers at kiosks or citizens’ payments for greetings and congratulations messages on radio stations, so it was easier to secure funds for work and, more or less, remain independent and one’s own. Local television and online media did not exist.

Commercials were also a source of occasional income. The more money was earned on the market, the less such media outlets depended on payments from the budgets of local governments. However, payments from the budget have always been there. At least, as far as my memory serves me, since I have been active in the media, and I have been in the business for the last 35 years.

But these have long been “tempi passati”.

Back to the future

Suddenly, information that became available to everyone kept coming from all sides – citizens became “journalists” while journalists became “mercenaries and manipulators”. There is a flood of unverified news and in that cacophony, the media were the first to lose their credibility. Not all of them, but now I’m not talking about exceptions but rather about the rule.

The golden rule of the profession on double-checking information before publishing it has been replaced by the phrase “be the first to publish”, while copying the news and highlighting the clickbait headlines have become a new media “mainstream”.

National media are in a better position since national advertisers still spend their marketing budgets with them, while local media and journalists face not only a chronic lack of funds, but also numerous pressures from mayors and other governmental officers, and even lawsuits that have become commonplace.

The harsh reality of today

How to improve the credibility of the media and journalism in such a situation and at the same time remain independent is a complicated question. Journalistic ethics theorists often say that the media must be credible in order to point out other people’s mistakes. In practice, the situation is quite different – how does one critically review the actions of the mayor when a good part of the budget for salaries and other media-related costs becomes available only upon that very mayor’s signature on an annual funding contract?

Other problems of the media, which add more fuel to the fire, are the lack of transparency in media ownership and activist journalism. Individual journalists, editors, and owners use the media to promote their own or the views of those who financially sponsor them. Some of them also “racketeer” those who do not want to advertise or pay for announcements or those who belong to a different political option, by reporting about them in a negative light. Due to all these anomalies, part of the media scene has lost the point of existence. They forgot they were there for the public.

This way of working of the media has divided America, bringing it almost to the brink of conflict. The very America that boasts at least two hundred years of democracy. How devastating is that to our fragile Balkan democracies then?

How does one break out of the vicious circle?

I am of the opinion that the local media must return to their starting positions and make a kind of a restart. As part of this restart, it is necessary to disperse the revenue side to as many sources as possible in order to reduce dependence on one dominant source of revenue, such as the local municipal budget.

Just as they used to make money from annual subscriptions or kiosk sales, local media now have to adapt to the times and venture into the world of a digital subscription to value-added news content or raise funds from readers through donations, crowdfunding campaigns or similar methods.

Citizens will recognize and reward this. But it still takes time, because the erosion of the media did not happen all at once – this process has been ongoing for quite some time.

However, local media cannot make it on their own. The media are essential for democracy and therefore there is a public interest in their operation. For this reason, the state should allocate more resources to the media, and not only allocate, but also guarantee the transparency of that process.

I am indeed aware that there is a project funding scheme in Serbia or the Media Pluralism Fund in Croatia, which is almost the same, the only difference being the source of funding and the way these funds are allocated. In Serbia, the money is allocated by commissions drawn up at the suggestion of journalists’ and media associations. In Croatia, members of commissions are chosen by the Electronic Media Council. Such a way of distributing funds is not at all affirmative; in Serbia, it creates media divisions and the program content whose production is encouraged is largely unwatchable, unlistenable and unreadable.

Do you know why?

Because no one has asked those for whom it is produced – citizens, readers, listeners and viewers!

Selecting topics of interest to citizens, encouraging more quality investigative journalism and allowing citizens to decide which media deserve more public money for their work would remove most of the objections related to current ways of allocating funds.

It may sound utopian, but it really isn’t. In today’s digital world, it is easy to implement simple and effective tools for citizen voting and evaluate quality media content from local communities according to their importance and scope. Perhaps even the best content should be presented at the national level. This would increase competition and competition between the media.

To reiterate – I strongly advocate the use of funding models where funds from the municipal or regional level budget will be distributed with clear and simple allocation rules. So, let the citizens vote on which media they want to fund. After all, isn't that the money of those same taxpayers? When the media become accountable to the public again and “dependent” on citizens rather than politicians, the situation will improve.

In the end, let me try and quote the military commander from the movie Avatar (2009), who addressed the newly arrived troops to the distant terrestrial colony Pandora:

“My job is to protect you all from all kinds of vermin that crawl on this planet and to save your lives. Unfortunately, I will not succeed in that and some of you will not survive.”

Keep that in mind and change while there is still time.

Zoran Kovačić is an expert in broadcast, television, radio and digital media. He is the initiator and founder of the first web portal specializing in the media and telecom industry in Southeast Europe. Besides this, he has a plethora of expertise as a consultant on media management, training coaching, development and application of digital business models for media outlets. He published several books specialized in media history. He does not consider himself as a journalist, but as someone who likes to write, create, and kickstart things. In 2018, he launched MediaDaily.biz, a regional portal with a unique business model – hardwall subscription – which he developed into a reliable source of information for the professional media and journalist community in the WB. So far he worked and provided consultancies to a variety of media actors in the region, including public service media, and portals in the early stages of their development.
More articles by the same author

Sanja Lazić
In the last couple of years, crowdfunding (or online fundraising in general) has become a common topic among, primarily,

Dafina Beqiri
Three decades since the start of the post-socialism period in the Western Balkan region, freedom of expression and access

Zoya Charles
Innovation became one of the key words when we talk about journalism. In a world where the internet is