Why we are all environmental journalists now 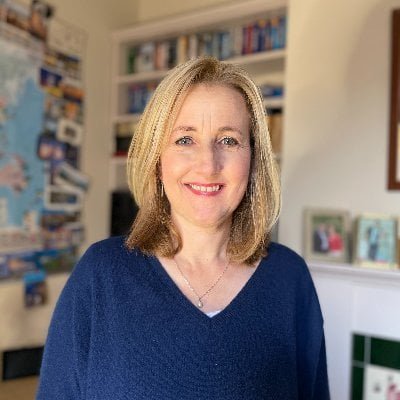 I can remember the exact date I became an environmental journalist. It was 20th July 2007, the day I found myself quite literally up to my knees in the biggest environmental disaster to hit my city in a lifetime.

The torrential rain that day was relentless and unforgiving. It forced hundreds of families out of their homes as rivers burst their banks and floodwaters rose. Thousands of motorists spent a terrifying, cold night trapped in their cars watching the roads around them disappear under water.

I never acquired the job title of ‘environmental journalist’ but discovered, probably earlier than most that the environment was seeping into pretty much every story in my patch.

The great flood is an obvious environmental story but its ripples have been felt in so many stories since: anything from where to build homes to an increase in mental health problems. These aren’t just ‘local’ stories anymore or disconnected issues about infrastructure and psychological trauma. They’re linked to similar struggles facing communities around the UK and around the world.

What does that mean for local reporters on the ground? It means it’s time to see the bigger picture. Climate change in particular is a global issue. Politicians will gather for Cop26, the next annual UN climate change conference in Glasgow in November 2021. For every reporter from Tirana to Skopje, it’s your story.

So, whenever a story lands on your desk, it’s time to start asking, what’s the environmental link? What you’ll find is there is usually a much bigger narrative at work; from football pitches drying out as climate changes, or polluting factories escaping censure because of political corruption. Exposing those links will educate your audience on the biggest issue facing the planet, and help put into context why certain things are happening where you live.

So welcome to the environmental beat. It can be dangerous, particularly if you’re exposing corruption. It can be challenging if you’re explaining climate science, but it can be rewarding when you’re able to engage and educate your audience.

My one tip is don’t forget to pack your wet weather gear. Back in the flood of July 2007, I spent a very wet night trapped in a caravan, with a camera operator and a sound engineer, but that’s a story for another day.

This course is designed to give journalists the skills required to investigate local environmental stories and recognise if and how they are linked to the biggest issue facing the planet: climate change. It will guide you on how to expose the political and economic drivers behind many local environmental issues and where to turn for reliable data, sources and information. Interrogating the role of the journalist and treading the line between impartiality and activism is an important part of the course. You’ll be guided through some key terminology to help with understanding and our experts and environmental reporters will help you recognise the unique role local journalists have to play in changing the narrative around climate change.

This course is designed to help journalists cover environmental stories and address the impact of climate change in a way that engages their audience.  It will explain how environmental factors influence so many news stories which, at first glance, appear unrelated. Exposing the links can bring context, explanations and surprises to the audience as to why certain things are happening where they live. The course will explore storytelling techniques to keep these stories relevant and engaging.  You’ll be helped to understand how issues at a local level are connected to the global picture on the state of the environment and climate change, whether its children being unable to get to school or homes being flooded. Environmental destruction and climate change can foster a feeling of helplessness in an audience. The course will explore the importance of solutions-based journalism to better inform and engage.

Between 2000-2021, 1645 journalists and media workers were killed around the world for doing their job. Thousands more have been harassed, attacked or detained on spurious charges without their legal rights being respected during that time.  It’s clear that in order to protect their stories, journalists need to protect themselves.  Environmental reporting in particular is now considered one of the most dangerous beats to cover. This course is designed to help media workers stay safe when facing not only physical and digital threats, but also natural disasters. You will be guided by experts about your legal rights and what to do if and when they are threatened. Being in a situation where you are physically at risk can take its toll on mental wellbeing. The course will also help you address the possible emotional impact of doing the job.

Catherine Mackie is responsible for designing training programmes for Thomson Foundation. She has more than 30 years of experience as a senior journalist, most of it with the BBC – both in front of and behind the camera. She spent five years as a digital video specialist having led a pilot programme which included devising and delivering a country-wide training programme for BBC staff on digital storytelling and editing. In 2018, she was awarded a Knight-Wallace Journalism Fellowship by the University of Michigan where she developed ways to increase social diversity in news output and connect with new and underserved audiences. Catherine is an examiner for the UK’s National Council for the Training of Journalists.
More articles by the same author

Journalift
Following its 8th anniversary Portal Ul-info introduced a modern, bilingual and easy to navigate website. Beside all this, Ul-info