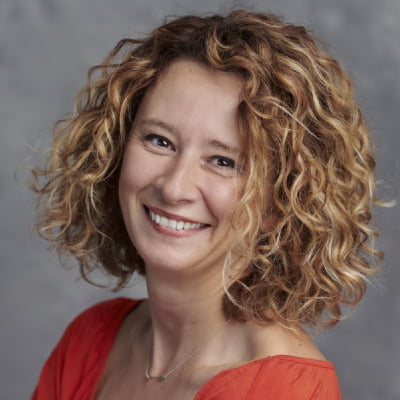 As much as our parents were used to paying for news, we struggle with accepting the notion of paying for online news. So, how can the media survive?

There are many interesting stories of how advertising started, how it developed to what it is today and why it is good or bad for mankind. Many see it as a negative, deceitful activity, aiming to cheat people into buying something they don’t need. But it is, like with any profession or service, as good or as bad as the person, or company (or media) who delivers it.

I was for a good part of my career sitting on the side of a company trying to find the best, non-intrusive way to promote the product of my company, but also to avoid the ad-blockers and banner-blindness. We used a mix of display ads and native advertising and here’s pros and cons of both:

Now I work for a media company that (partly) lives off advertising. Being an independent media company that holds to its values of objectiveness and ethics sometimes clashes with proposals we get for advertising and potential partnerships. But like any self-respecting publication, we don’t have second thoughts about what kind of content we will publish. We don’t do advertorials, we do not promote things that are not directly related to our audience’s interest in our media, and we write our own content.

Why is native advertising a problem?

This collaboration raises a question of free and independent press.

Ben Kunz of Digiday says: “Native advertising is a more insidious encroachment into consumer media content than any prior form of advertising.”

Tom Foremski wrote on ZDnet - “Native advertising poisons the well of trust that publishers have worked so hard to build, and that advertisers benefit from.”

In the rush to get more readers the media sometimes creates native ads that fall under the category of “clickbait”. It also happens that native ads are so well camouflaged that the average person may not know the content is biased. And when they read through it they feel cheated. But these bad examples shouldn’t affect the value of native advertising. There was always a need for a wall to separate the news and advertising. This separation is, however, in many ways like the separation between the church and the state.

When is native advertising good?

There are a couple of important elements of a good native ad but it lays on a crossing point of interest of three involved sides - the brand, the media and the consumer:

Since the rise of digital media, growth of the “news” market - the competition, and the fight for attention, good journalism gave way to yellow “press”, sensational and clickbait titles. The self-respecting media struggles to survive. There are many ways to get the feeling of “selling your soul to the devil” but the world is not black and white.

Native advertising is working hand-in-hand by a brand and a journalist to create quality for our consumers. It is advertising for sure, but it is important to do it in a way where you don’t stop your consumer/reader on their way to consume news/information, and you don’t serve “a wolf in sheep skin”.

Nataša Đukanović spent her entire career at the intersection of technology, marketing and leadership. Nataša is the COO of Tech.eu, which is the premier source of European tech news, data analysis and market intelligence – with a focus on startups. Previously she was a CMO of Domain.ME, the international tech company that operates the .ME internet domain. She is also a co-founder and the president of NGO Digitalizuj.me, which has become one of the driving forces behind the local start-up ecosystem and the first one to offer free training and mentorship in the field of digital marketing and software engineering in Montenegro. Nataša has deep understanding of media industry and has a strong focus on behavioural psychology and community management, so she is able to directly help the media outlets to test new business models and introduce new revenue streams.
More articles by the same author

North Macedonia, Duma.mk: 30% more audience due to the new website

Journalift
News portal Duma from Veles increased the audience, but also the time readers spend reading the content, due to

The power of longtail content: How Balkan media outlets are benefiting from it

Aleksandra Radivojevic
In a saturated media market, media outlets need to compete for ever scattered audience attention. In their daily operations,