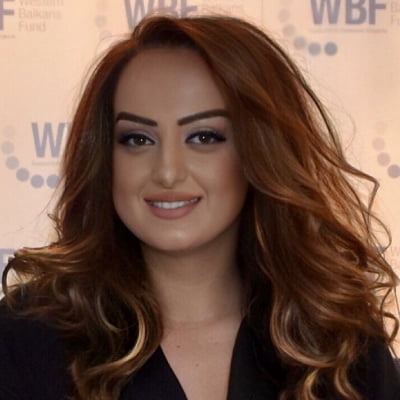 From the common perspective, the role of communication and dialogue platforms is perceived as an instrument for enhancing cooperation and reconciliation. More importantly, it is used as an instrument to attain a climate of intercultural tolerance and mutual understanding. However, in the local context, traditional and patriarchal communication patterns still dominate the discourse of Kosovar society – patterns which are still particularly pronounced in rural environments and among older generations.

As a framework for discourse in Kosovo, the local media has not experienced a fundamental change or shown remarkable progress.

On the other hand, community development is difficult to be represented impartially through local media platforms, which should confront local clichés and generalisations about certain beliefs and cultural representation. There are numerous cases of the media deliberately employing a discriminatory approach, illustrating and emphasising class divisions and prejudices.

Lack of capacities of the local media to further promote the community dialogue has not provided enough space for the communities to be actively involved in the reconciliation process or in knowledge-sharing about its benefits. During the '90s, the rise of nationalism led to the enacting of biased and politically-influenced media, whilst the conflict per se further prevented the normal transition of the media from state-controlled to modern, democratic, public services and private media outlets.

The local media in Kosovo are confronted with the lack of financial sustainability. This presents them with the challenge of finding a skilled workforce, and makes them settle for non-experienced reporters - the issue further perpetuated by weak employment conditions, the overall poor level of journalistic education, etc.

Local media outlets which are based outside of Prishtina seem to be doing even worse due to a very limited media market. All of this indicates local media often might not have the resources, time or the necessary skills to pursue and nurture community dialogue.

The systemic degeneration of the “community dialogue” concept

The idea of community dialogue and cooperation has suffered and has been degenerated over the past two decades, since it was first brought to public attention as a condition for peaceful coexistence and reconciliation. While the need for community dialogue continues to remain an essential imperative for peaceful coexistence and presents a high priority in Kosovo, sometimes the latter seems fabricated and imposed by outsiders, causing both implicit and internalised resistance and digression from the real meaning of the concept.

Considering that community dialogue is a relatively novel concept, the challenges it encountered in Kosovo led to having many meanings lost in translation and, thereby, not providing enough time for the general public to fully understand the term. Nevertheless, on many occasions, the need for dialogue has been interpreted as a political imposition, thus creating a number of prejudices and stereotypes.

Indeed, what is community dialogue?

Inclusivity as a concept first entails the acknowledgement that without any favouring of one over another, all of the existing cultural/national/ethnic assets represent composing segments of the society. Such an acknowledgement encourages a constructive attitude toward social harmony and respect for the community.

Local media which strive to become independent from the government, businesses, religious institutions and political parties gain credibility from the communities where they serve and act as complementary discourse channels that facilitate active citizenship and political participation for all.

While local media more specifically serve in promoting intercultural dialogue, one ought to wonder whether the people of Kosovo had an opportunity for an inner dialogue to assess the relationships they have with their surroundings as well as to evaluate their capacity to make informed decisions about their own future. The danger of a fabricated life - that is not well understood or internalized by the communities, coupled with the dependency on the international community -  is that it has an expiry date.

Can the politics on this issue change?

The notion of progress often remains linked to and mistaken for things such as construction building in town centres, while the matters of essential importance - in primis the reconciliation, human rights and quality of life -  are being ignored.

Bearing in mind the impact they can have in terms of enhancement of community dialogue leading to reconciliation, the empowerment of local media should be continuously encouraged by decision-makers. Although, in the context of Kosovo, the role of local media remains powerful and indispensable in terms of contributing to the further democratization and creation of a more inclusive society, so far such potential has been insufficiently exploited in the country.

It is believed that the general lack of self-reflection and self-criticism among local media in Kosovo negatively affects the potential they may have in deconstructing myths and prejudices about ‘each other’ and promoting inter-ethnic understanding. Additionally, the poor economic situation they are faced with does not help the tolerance-building but often serves as an easy route to blame ‘each other’ for poverty and lack of prosperity.

A special attention should be dedicated to the matter of political will in Kosovo, which was much more focused on the positioning of Kosovo as a newly-established country in the international arena rather than on the wellbeing of the society. The political concepts in Kosovo were built more in a top-down approach, meaning that the decision making process is exclusive and dialogue as a tool has not been sufficiently used. This approach becomes rather visible in the drafting of different laws, which are often insufficiently harmonized with relevant legislation and lack effective implementation on the ground.

The risks of non-dialogue need to be fully acknowledged, since they may lead to development of stereotypical perception of the other, build up a climate of mutual suspicion, tension and anxiety, use minorities as scapegoats, and generally foster intolerance and discrimination.

In order to create a more conducive environment politics in Kosovo have to nurture the link between the decision-makers and communities in order to avoid the breakdown of dialogue where the consequences can lead to extremism and indeed terrorism.

Moreover, with the inclusion of the community dialogue as a tool can contribute to building good neighbourly relations. According to successful examples in European Union, history has been peaceful and productive whenever a real determination to speak to our neighbour and co-operate across dividing lines prevailed. Only dialogue allows people to live in unity in diversity.

Dafina Beqiri has over 18 years of professional experience in organizational, strategic development and change management. Throughout her career, she worked closely with various media stakeholders in Kosovo, Albania, North Macedonia and Western Balkans region. She has extensive knowledge about media and communication needs in the region since she has been leading numerous initiatives (such as the one with the Council of Europe) related to the promotion of freedom of expression and press with a focus on dialogue and reconciliation in the Balkans. Her cross-cultural and international experiences enhanced her natural leadership skills and enabled her to become a great mentor and coach on different topics that require support in organizational development, intercultural dialogue and leadership.
More articles by the same author

Overview of the most popular media business models

Vladimir Trkulja
Over the last decade, digital technologies have transformed much of the media industry. Advances in technology have forced media