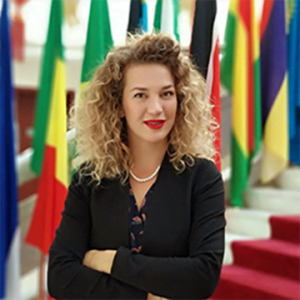 Approximately 18 million people live in the six countries of the Western Balkans – Albania, Bosnia and Herzegovina, Kosovo, Montenegro, North Macedonia, and Serbia. And in each country, there are ethnic and national minorities that represent small but important parts of the societies.

Comparative study conducted by the Thomson Foundation (TF) shows that in each country there are ethnic and linguistic minorities, as can be seen in the table below. Also, the numbers should not be taken at face value since in most of the countries the latest censuses are disputed due to irregularities or were boycotted by minority groups. But regardless of that, the numbers are quite indicative.

Taking into consideration that all countries are heterogenous, access to information is of crucial importance for one to be equal in the society and have adequate access to the public and political life. And minority language media exactly do that. Their customary functions, roles and effects are: to aid in minority identity creation, cultural preservation and political participation.

In theory and practice there are six models of media in minority languages that functions in Western Balkans:

Although, according to some international studies, media in minority languages are relatively well developed one segment is significantly neglected. Namely, Romani language media are quite rare in the region. And the majority of them, taking into consideration the above-mentioned classification, are not entirely in Romani language.

Fatmir Menekshe, director of Radio Romano Avazo, based in Prizren, points out that the mission and vision of the outlet is to be connecting bridge between the institutions and citizens; to informs the Roma community in its native language and makes it aware of it; and advocates for the resolution of the problems confronting the Roma community.

“The media have kept the language alive,” said Menekshe adding that “the media continued to cultivate, preserve and use the Romani language as a higher aesthetic language based on localisms in order to be as clear as possible to the public consisted of 12 neighbourhoods (in Prizren) where the Roma community lives.”

In light of their mission and vision, Radio Romano Avazo application for MfA project aims at better “Involvement of Roma, Ashkali and Egyptian communities in the local policies of Prizren municipality". Menekshe speaks in more details about the project, how it is to be a Roma journalist, and what are the main challenges for the Roma community in Kosovo and the region in the following Journalift interview.

“For example: on the contribution of Roma to the culture and coexistence. Also, through advocacy for Roma rights and by translating the materials we produce into the languages of the majority communities in order to understand the problems and concerns of the Roma community,” said Avdi Misini from Romtegra.

As a beneficiary of the MfA they successfully implemented the plan for production of nine debate shows where various topics about the Roma community were discussed: political representation of Roma in Kosovo, economic recovery and Roma after the pandemic, violence against Roma women during the pandemic, celebration of April 8 World Roma Day, education of Roma and the position of Roma youth in Kosovo.

Both media received support from the MfA project to establish significant digital presence through new websites.

Portal Udar introduced a series of podcasts on burning human rights topics in Bosnia and Herzegovina. This portal, known as a champion of promoting and advocating for the rights of the Roma community in the country, has been known as someone who opens important questions and changes social practices.

Udar aims to profile itself, along with being an information media outlet, into an information hub, which will be a place where Roma diaspora, non-governmental and international organizations and state institutions will be able to receive and exchange information and ideas on making visible and improving the position of the Roma population.

“We plan to publish at least 10 more editions of the podcasts,” Radenko Udovčić from Portal Udar said. In order to be on different platforms, the last edition of the podcast has its video version also. “We are focusing on people whose ideas add to political, cultural, ethnic diversity of Bosnia and Herzegovina, and the region in general,” Udovčić said.

Portal Udar started in 2017, and unlike the Kosovo outlets, publishes in Bosnian, Serbian, and Croatian, while some of the key outputs are also translated in Romani language.

Other minority media within the region

Apart from Roma-oriented media, TF through the MfA project works with several other media whose primary focus, partly or entirely, is on providing information for different minorities or ethnic groups.

In Serbia, TF works with Családi Kör, an outlet from the town of Senta that reports in Hungarian language, while both VOICE from Novi Sad and Magločistač from Subotica provide information in Hungarian and Croatian language. In the south, in Novi Pazar, we have Radio 100+ that informs local communities, including Bosniaks, while InfoVranjske provides information for the Albanian community in the south of the country.

Portal Diskriminacija from Sarajevo has a focus on various issues related to human rights and equality. They report on minorities and vulnerable groups (national and ethnic minorities, people with disabilities, girls and women, LGBTI population, people with rare health conditions, people living in poverty).

In Albania, work with local branches of the public service media – RTSH – is important since both are focused on local communities and their specifics. RTSH Korça works on better representation of the interests of the various underrepresented communities and other groups. They are recognized as highly gender sensitive media in regular reporting. Likewise, RTSH Korça successfully avoids stereotyping when reporting on gender violence. Stereotypes do not frame minorities’ image either. RTSH Gjirokastra produces documentaries on socio-economic and cultural development of the region of Gjirokastra. So far, they have produced several documentaries and the topics include youth, minority questions, women entrepreneurs, environment, and agro-tourism challenges and development of the region.

In North Macedonia there are several outlets that entirely or partly air their program in minority languages, or translate content into minority languages. Gostivar based TV Globi, whose working language is Albanian, in this project focuses on diaspora that works and lives abroad. Also, there are outlets whose main working language is Macedonian, but they offer products in minority languages also. TV Kiss & Menada from Tetovo started producing 24 on-demand shows out of which half are recorded in Macedonian and half in Albanian language, and offered for online purchase. Also, KumanovoNews from Kumanovo has a news section in Serbian language.

Ulcinj-based media – RTV Teuta and Ul.info – both provide programs in Albanian language, which is one of the most vivid minority populations in Montenegro. While Teuta represents a crucial and reliable source of information for the Albanian and Montenegrin speaking population of Ulcinj, their focus on the Albanian speaking diaspora is another value this media brings. On the other hand, with TF support portal Ul.info managed to introduce a new, functional and bilingual website that will enable them more visibility and impact among their community.

In Kosovo, besides Romtegra and Romano Avazo, TF works with media that report in Serbian language and represent a crucial source of information for their communities. TV Puls from Šilovo, a suburb of Gnjilane, is a reliable backbone for the provision of information to the Serbian community in Kosovo. In that regard, TV Puls is developing its own solid production, prioritizing local news, reportages and programs all over Kosovo. On the other hand, Radio KIM from Čaglavica, a suburb of Pristina, mission is to assist building of local democracy by strengthening the role of media in actual events, encouraging civic and democratic values, tolerance, peace, and respect for human rights. 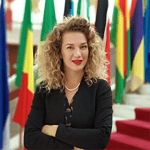 Anisa Curraj is project officer of Thomson Foundation’s component of the FCDO-backed Supporting Greater Media Independence programme in the Western Balkans. She is experienced in management and human resources with a portfolio interlinking academia with the business sector and project development in civil society and media. She is an external lecturer of entrepreneurship at the Professional College of Tirana and provides ongoing support to Tech360 Smart Solutions and project assistance to Centre Science and Innovation for Development (Scidev). She graduated at the University Politeknik in Tirana, Albania, and completed two MA programmes – MSc in Business and Administration at the European University of Tirana, Albania, and MA in Business Administration, Management and Operation at the Ludwigshafe University, Rhenald-Pfalz in Germany.
More articles by the same author

Kristijan Jean Radikovič
Media outlets are often very strict in following the pillars of ethical journalism. This means they tend to avoid

Fact-checking platforms as sources for journalists: How to get to the ‘unproblematic’ fact

Mladen Obrenović
“President Barack Obama was born in the United States. Period,” Donald Trump said during his attempt to enter the

Nowadays Everyone Is Dependent On A Media Service

Andrijana Tasevska
This much is clear. Media is everywhere in society; it is almost impossible for the people to ignore it.

Journalift
Mostar based online outlet Tacno.net started with the production of podcasts and short video stories in order to enrich